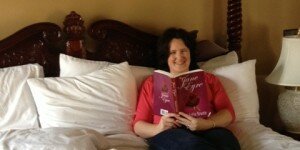 For the past month (or more, as it seems like), my husband and I have been making the transition from fast city life in DC to the suburbs of Kentucky.  While I can’t say that the road has been completely smooth (ahem leaky washer and dead mole in the pond), it’s been fun to make our new house into a home.  And as anyone who’s ever moved before knows, that’s a long-term work in progress.

But I’m not here to bore you with the details of my move or how many boxes I’ve unpacked.  I’m here to tell you about the sweet side benefit of moving: one night at Inn BoonsBoro in Maryland. 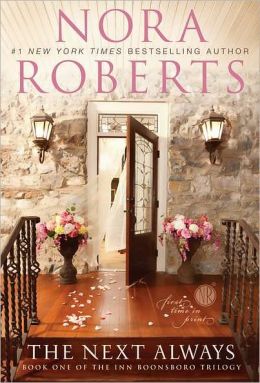 You may not know it, but Inn BoonsBoro was financed and dreamed up by romance superhero Nora Roberts.  It’s featured in a recent trilogy of hers, fittingly called the Inn BoonsBoro trilogy.  I happened to read them all, but imagine my surprise when it turned out that the inn featured didn’t only exist in our heads!  I found out via Washington Post article that not only did the Inn exist, many of the other shops mentioned in the trilogy did, too.  And, as it happened, it was right on the way from DC to Kentucky.  Brilliant!

It was a long day before we could get to the Inn, though.  Our movers arrived bright and early in the morning, and moved until early evening, during which time I discovered there was a cringe-inducing amount of dust in my apartment.  (Word to the wise: pack the Dustbuster LAST.)  So, come 7:00 PM, I was tired, a little emotionally wrung out, and very grimy.  My wonderful husband packed me into our full car and we were off.

We arrived in the picturesque town of Boonsboro about an hour later.  We checked into the Inn and were given a tour of the premises.  For those of you who haven’t read the books, each room is named after a famous literary couple, and the room is decorated accordingly.  Each room also has its own scent.  We stayed in Jane & Rochester from the classic Jane Eyre.  There was an enormous four-poster bed and a bathroom the size of my current bedroom.  Crazytown.

But before I could jump into bed, I realized I was starving.  My husband and I headed across the street for a pizza at Vesta, fictionally owned by the second book’s heroine.  I scarfed down a pineapple, ham and cinnamon pizza: a house special.  Then it was back to the Inn.  We picked up a DVD of Sabrina (the new version) in the library and went to our room.

My first order of business once back was a shower.  Did I mention how much dust I had encountered that day?  And ohmigod was that a shower.  There were about a gazillion jets and water everywhere.  I doubt I have ever been so thoroughly washed in my lifetime. 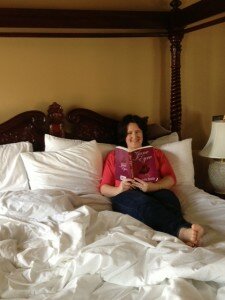 I donned the Inn’s bathrobe and climbed (literally – there was a step stool) into bed.  My husband had turned on the fireplace and the light danced around the room.  We slid Sabrina into the DVD player and I fell asleep quickly.

The next morning, I almost wanted to take another shower, but I refrained and headed to the breakfast-included part of our stay.  There was tasty French toast, bacon, and a melon I’d never heard of before: casaba.  It combines the best of honeydew and canteloupe, in my opinion.  Check it out.

A quick trip to the bookstore Turn the Page (fictionally owned by the first heroine in the series) and purchase of a new JD Robb (how could I resist?) completed our stay in BoonsBoro.  It was the perfect waystation to our new life in Kentucky.

The Duchess War
by Courtney Milan