Posted on August 30, 2012 by annebrowningwalker

Last night, I had the pleasure of attending The Shakespeare Theatre’s Free For All production of its namesake’s All’s Well That Ends Well.   I really enjoyed it and thought the acting was great.  Partway through, my writer’s brain started thinking that I should update the story for modern audiences.  After all, I’ve loved retellings of the Bard’s Taming of the Shrew (10 Things I Hate About You) and Austen’s Emma (Clueless). 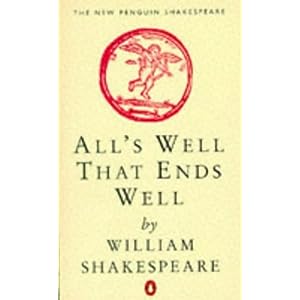 In fact, the play features one of the strong, smart, savvy, and sassy women I know, wrote about in The Booby Trap, and would love to write about again in my next book.  Helena devises a plan to snag the man of her dreams, even though he is a lord and she a commoner.  She gains the respect of the king in the process.  When her new husband runs away and says he won’t come back until she completes an impossible task, she figures out a way to outwit him.

Seems like a (nearly) perfect romance, right?  Well, aside from Bertram.  I should have known better than to trust a fictional character named Bertram, and so should Helena have.  That name is reserved for mostly idiots.  But she’s in love with Bertram, and he constantly proves what an ass he is. 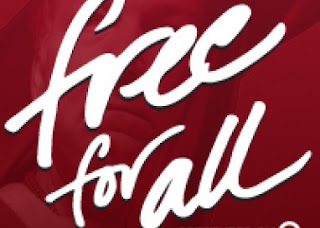 I’m a believer.  I’ve read many romance novels where the hero seems horrible to everyone else but still manages to have a soft, gooey center.  I was willing to give Bertram the benefit of the doubt.  We don’t see him speak much, especially in the beginning.  So there I sat, waiting.  Now is the time he’ll turn out to be wonderful.  Now is the time he’ll start acting like a man.

Walking out, I thought about how sometimes smart, savvy, and sassy women fall for men who just don’t live up to expectations.  They don’t want us, they make bad choices, and yet we fall.  Take my 7th grade crush.  I cannot tell you how many times I pleaded with the heavens to allow me to date him, or listened achingly to “I Swear” and “Johnny Angel” (yes, sappy music taste is part of this package).  And I cannot tell you how many times in the hours since that I have thanked the heavens that he never did.

To all the Helenas out there: you deserve better.  Everyone knows it except you.  Make the change that I’m going to make in my story.